EDITOR’S NOTE: This month, we have been highlighting leadership, as well as giving back, by both WACF board members and former board members. It is our pleasure to re-publish this (updated) story first published in 2009. Clark Redlinger was a SD Hall of Fame inductee and also a Watertown Hall of Fame inductee honoring his service not only to the Foundation but on many boards in our community. Other accolades to Mr. Redlinger include receiving an honorary doctorate degree from Mount Marty College and in 2007, Prairie Lakes Healthcare Systems dedicated the new hospital atrium to Clark and MaryAnn.

Most people know Watertown is a great place to raise a family. However, it’s when a family not only realizes it, but helps make Watertown that “great place,” that both the community and the family really thrive.

One such family is that of Clark and MaryAnn Redlinger. The community and the Watertown Area Community Foundation lost Mr. and Mrs. Redlinger in 2008 and 2006, respectively, but we didn’t lose the greatness these friends gave us. Not only do their contributions continue to make a positive impact in Watertown, but they will continue to give to the community in other ways, none the least of which is through their children and through the couple’s fund at the Foundation.

The Redlingers taught their children about “giving back” from a very young age. “It was always a huge thing for the family,” said their son Jim Redlinger of Watertown. “From an early age – back in the ‘60’s when I was in single digits – Dad was involved with the Watertown Development Company. It was really a way of life for us.

“It was an ongoing thing for Mom, too,” Redlinger added. “They were extremely community involved.” Mr. Redlinger was on the hospital board when the two hospitals in Watertown decided to come together. “That was one of his proudest moments,” Redlinger said. “It was one of the dearest things to his and Mom’s hearts.”

Some of the projects were large like the hospital merger. Others were smaller like making and installing goal posts at a local park.

“I’m very proud of what my parents did for Watertown through the Foundation and other organizations,” Redlinger said.

Mr. Redlinger was one of the founders of the Watertown Area Community Foundation and in doing so, continues to give back to Watertown. But on a more personal level, he and Mary Ann set up their own fund at the Foundation in 1992.

There are many ways to give to the Foundation. Clark and Mary Ann chose to purchase a life insurance policy and name the Foundation as the beneficiary. This fund will live on forever to help improve the quality of life in Watertown through grants to various organizations. Their generosity and foresight, perhaps in part comes from their own knowledge and life experiences.

“Theirs was an age that is special,” Redlinger explained. “They are people who have gone through The Depression. When they got to the good times, they could still remember what the bad times felt like. They knew they had a responsibility to help out.”

Whatever the couple’s involvement, their giving attitude spread not just to their children but to their employees. Many years ago, Redlinger Bros. donated the materials and the employees decided to donate their labor to build restrooms at a Watertown park.

“Giving back is good not only from a family standpoint, but also as a business,” Redlinger said. “We were very fortunate that we were able to participate in these things. It makes for stronger family values and stronger communities.”

He carries on the tradition as today Redlinger Bros., in all four locations - Watertown, Aberdeen, Yankton and Sioux Falls - always gives a percentage back. Jim and his sons, Clark Redlinger of Minneapolis, MN and Adam Redlinger of Sioux Falls, SD, continue the “giving back” in their respective communities in various ways. In addition, the siblings have established REDJAC together to support different charities. 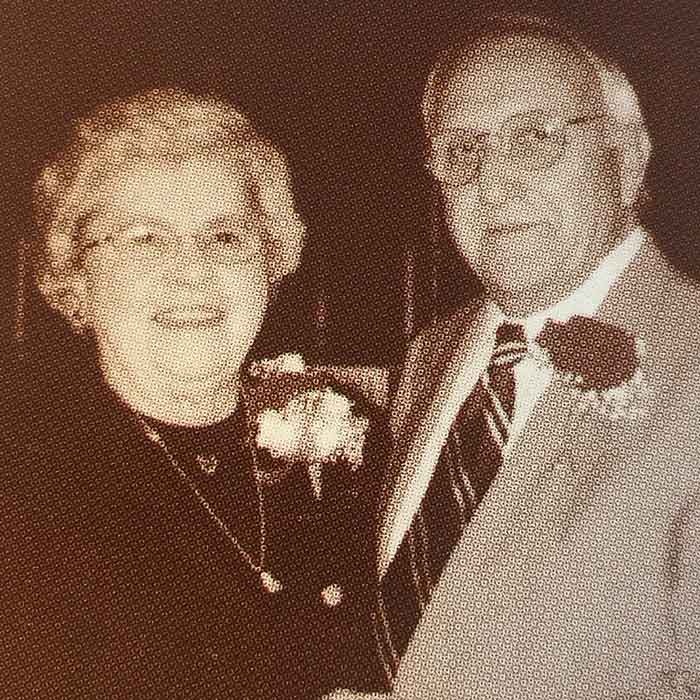