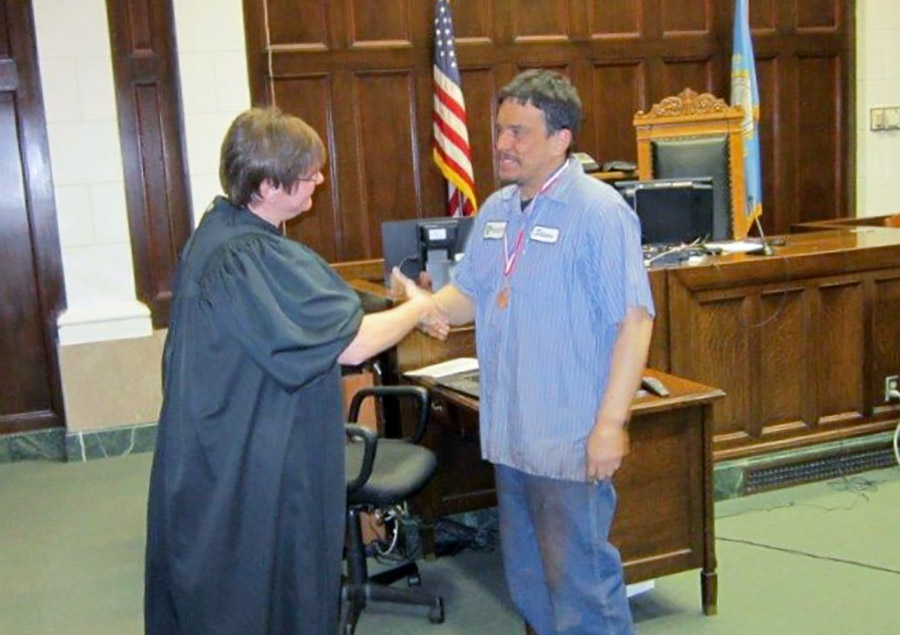 Codington County Drug Court has been on a mission to change lives and improve communities since it began in 2015. To date, nearly a dozen participants have graduated from the program and have “started over” as sober, productive and law abiding citizens.

“Sometimes it’s harder to have a curfew, get a job, and be accountable, than going to jail,” said Assistant Chief of Police Tim Toomey.

“Years ago, offenders would be arrested and put in jail to get them off the streets,” Toomey said.  “That doesn’t work.” Statistics show that when offenders are just sent to prison, they are likely to be arrested again and relapse into substance abuse within three years.

“We try to give the clients tools to not only stop using but to succeed,” said Sherri Smith, Drug Court coordinator.
Drug Court is a blend of criminal justice and treatment, she said. The elements of this collaboration include judicial monitoring, supervision, substance abuse treatment, rehabilitative services, sanctions and incentives.

Clients have a long and challenging journey. “Many had trauma in their lives and this is how they coped. They chose to use drugs, but they didn’t choose to become an addict.” By the time, offenders commit to participate in Drug Court, many are totally broken, Smith and Toomey said. “Beyond that they have no family support.” Some don’t have basic needs, including items like food and a bed.

Sometimes a short-term loan can make a big difference in stabilizing a client by meeting some critical needs/expenses of the drug court participants. The Watertown Area Community Foundation recently awarded a $9,000 grant to Codington County Drug Court for that purpose. A $1,489 grant was awarded from the Greg Blow Fund at the Foundation as well.

Drug Court supports their clients as well as holds them accountable. Jobs are a necessity and several local employers, including Macksteel Warehouse, Dakota Bodies and Worthington Industries, have been instrumental.

Some clients don’t succeed. “We have a 47% graduation rate previously,” Toomey said. But we’ll be increasing that in 2018 and support by employers, the community and the Foundation grants will help us do that.

It’s not just about the client. Currently there are 77 children affected by Drug Court and whether a client succeeds or not, Toomey said.  “Nothing will melt your heart more than a kid reuniting with a sober parent.”