While you can plan for the future, you don’t exactly know what the future holds.

“When it comes to charitable giving, many people have very strong ideas of where and what they want to do. There are certain areas they want to support.” the couple said.  “We’re leaving it up to the Foundation so the Board has the freedom to move resources around when unexpected things come up.”

“We know the Foundation has played a big part in many organizations I’ve been involved with and volunteered for over the years,” Cindy said. “Even though I lived in Aberdeen for a few years, Watertown has always been home to me.”

One program Cindy has volunteered with, as well as supported financially, has been the Foundation’s Women & Giving program. “After reading about the Community Foundation and attending the first Women & Giving fundraiser in 2004, I was hooked,” she said. For several years, Cindy served on the Women & Giving Advisory Committee which awards grants and scholarships. “When serving as a board member for Women and Giving, I learned about the needs of Watertown and the surrounding community and also the good that can be accomplished with Foundation funds.

“When you donate to an organization you want to know that your money has an impact. We made the decision to set up a fund because of the number of lives touched by funding from the Foundation and the diversity of the organizations and the people who benefit from this funding. We chose an unrestricted fund because we feel the WACF has a proven track record of benefitting those in need and making Watertown a better place to live.”

“For 40 years the Foundation has been doing things right,” added Denny. “It’s a real honest to goodness effort to do the right thing.” Unlike Cindy, Denny’s relationship with Watertown and the Foundation began more recently. The couple married in 2012. The Foundation learned of Denny’s background in radio broadcasting/announcing and in 2014 Denny became the “official voice of the Foundation.” Denny has recorded numerous radio spots for the Foundation as well as emceed the Foundation’s 40th anniversary party which kicked off this summer’s Thursday Night Live season.

“I was flattered to have been asked,” Denny said. “It certainly increased my awareness of what the Foundation was doing and it made all the sense in the world to be a part of that.”

“We’ll always be tied to Watertown and the surrounding area,” Cindy said. And the Foundation will be, too.

We’ve put a lot of thought into this and that is why ‘unrestricted’ made so much sense, they said. “We like the fact that we can’t predict what the future will bring.” We don’t want to know the future, but we know it’s in good hands with the Foundation. 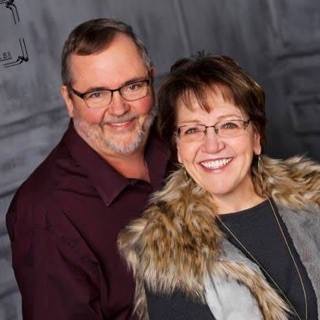