It happens more often than you think. One in four girls and one in six boys are sexually abused resulting in a minimum of 4,000 children being abused each year in South Dakota.

Jo Vitek is among those who want to change those statistics. During her 36 years in law enforcement, she saw many of those children and literally felt their pain – having been a victim of sexual abuse as a child herself.

“God’s grace brought me through it,” she says. “My life could have easily gone another direction. Other victims whom I have known, suffer the consequences of addictive behaviors, depression, suicide – these criminal acts committed against children have adverse impacts on their teenage and adult lives – sometimes taking decades off their lives.

It’s imperative that we stop Child Sexual Abuse (CSA). “It’s a vicious cycle that will continue if we don’t stop it,” said Jo.

On a mission to help these children, Jo and her husband, Tony, have established a fund at the Watertown Area Community Foundation with that focus. Chief Jo’s HHH (Hope, Healing & Hoof Prints) Fund will introduce abused children to a new friend – that of a horse at Joy Ranch.

“I figured we already have equine therapy in place at Joy Ranch for veterans through Sea of Goodwill.” Jo said. “We’ve ordered and received 500 referral cards that will be distributed to law enforcement agencies in the Watertown area. Whenever law enforcement investigates a CSA incident, before that child ‘walks out of the door,’ the officer investigating the case can give the child and caregiver a referral card to receive a free equine experience which can begin the healing process.

“Agent Cam Corey shared with me that Native Americans believe that horses have a spiritual component to help those who are sexually abused” she added. “It is our hope that this initiative will cross cultural barriers to provide hope and healing for all.”

Telling her own story has been a step in helping other victims as well as healing for herself. It has also brought her into an integral network of people, organizations and efforts aimed at solving the problem. Jo told her story publicly for the first time in 2014 from the pulpit of the First United Methodist Church in Watertown. Again, Jo credits God with giving her the strength to tell her story and help her reach others during their journeys, as well as join others in fighting CSA.

Shortly after telling her story, she learned about Jolene’s Law Task Force (JLTF), which has been instrumental in bringing awareness of child sexual abuse to the forefront as well as recommendations for prevention and victim assistance in South Dakota. Thanks to the task force, Jo and others, Watertown is being considered as the location for a pilot program that will bring a more unified protocol in helping victims of child sexual abuse.

“Back in the time that I was a victim, it was taboo to talk about it and support was little to none, except for God’s grace,” Jo said, recalling the abuse she suffered from age 4 to 9. “That was in the late ‘50s and early ‘60s. There wasn’t a lot of awareness out there or resources. But sometimes God’s gifts come to you during your darkest times. I’ve been given gift upon gift, over and over. One of the gifts God has given me is the ability to draw. I’ve sketched faces and nature all of my life. When I was little, I used to draw trees all the time but I didn’t know why. Later in life, I figured it out – God gave me the ability to look beyond my abuse and out the window to a mighty oak tree.”

Now, Jo has drawn a horse named Triple H, that will serve as the program’s mascot. The horse is already affectionately known as ‘Triple’ for short, a nickname coined by Equine Specialist Carmen Werning of Joy Ranch. “Triple’s heart is one of a warrior, yet she is kind and gentle,” Jo says.  “You can’t see it, but Triple leaves healing hoof prints on the hearts of all the victims she encounters. Cocked on one of her ears, Jo has drawn a halo with the task force motto: ‘JLTF – Know Respond Prevent.”

Triple H isn’t the only one with a halo and Jo and Tony are making sure people know that. They have ordered an abundance of copper washers - “halos.” With the help of the LATI Robotics Instructor Bob Poor, the copper washers are also being engraved with: ‘JLTF – Know Respond Prevent.’

“Why wouldn’t we give halos out to first responders, teachers, preachers - anyone who is doing something to stop this,” she said. “It’s something for their key ring or pocket. It represents the halo they’ll receive in heaven for helping a child.” 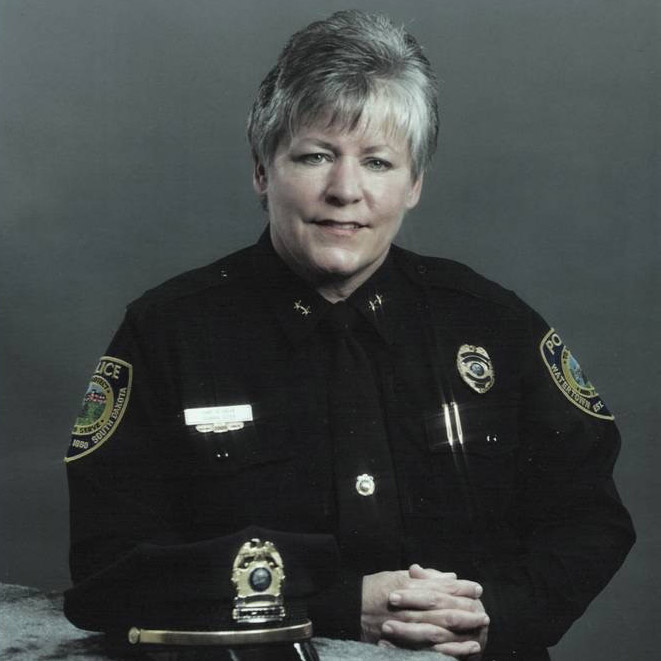