As one Watertown couple says “I Do” to each other, they are also making a commitment to the community they call “home.”

Liam Culhane and Amanda Forsthoefel established the Amanda and Liam Culhane Fund at the Watertown Area Community Foundation just before they tied the knot this month in a small private ceremony.

The long-time relationship between Culhane and the Foundation prompted the decision.

“I guess it all began 15 to 20 years ago,” Culhane said. “When I was a teenager I came into the Community Foundation for a grant. I wanted a place for the kids to go that wasn’t about drinking and partying.” The Foundation gave a $1,000 grant for a pool table and Basement on Broadway was born. “We weren’t able to keep it going indefinitely, but it was a good experience and I won’t forget it.”

Even before that, Culhane got familiar with the Foundation because his mother, Nancy, was on its Board (1992-2001). “I grew up knowing that the Community Foundation was always there… the bike trail, tree planting, community theater… you name it,” Culhane said. In 2018, Culhane, himself, was appointed to the Board.

“Ever since I was put on the Board, it has been my intention to open up my own fund,” he explained.

It seemed the timing presented itself when the couple started planning a wedding. “When Amanda and I were talking about the wedding… where to have it, when to have it… of course the topic of a wedding registry came up. While I like toaster ovens, blenders and all that stuff, I thought the timing of establishing a fund now was a better idea. I was also lucky that not only was Amanda ok with it, she thought it was a very good idea.” Now, close friends and family can give to our community through our fund rather than give us a toaster oven. “Besides, I told Amanda I would buy her whichever toaster oven she wanted,” he laughed.

“I’ve been very lucky,” Culhane continued. “Not the least of which was that I was able to take over a successful business in Watertown. I’ve also realized how lucky we are to have such a strong, vibrant Community Foundation. It doesn’t matter if you donate $1,000 or if you donate $100,000, the principal doesn’t go away – it keeps on growing to help year after year.” That will be another thing to remember as the couple celebrates each anniversary. 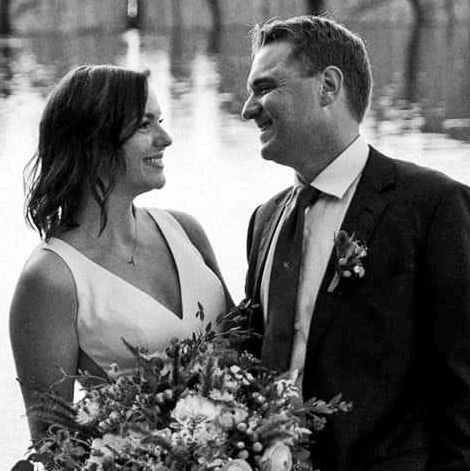